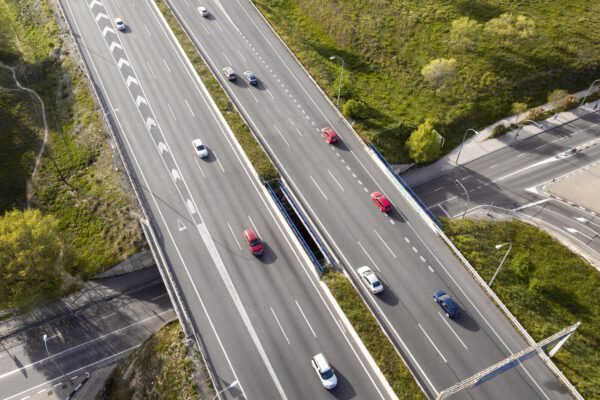 The European Green Deal aims to cut 55% of the EU’s greenhouse gas (GHG) emissions by 2030. Achieving this necessary target will require a deep transformation of all sectors of our economy, and transport, which is responsible for nearly a quarter of Europe’s GHG emissions, is one of the most challenging sectors to address.

The European Commission is setting a high level of ambition to decarbonise the European vehicle fleet through a suite of legislative files. Among these is the revision of the CO2 emission standards for cars & vans, which is currently being debated among Member States and Members of the European Parliament. Later this year attention will turn to the CO2 standards for heavy-duty vehicles.

Increasing shares of renewable and low-carbon energy sources, such as biomethane, is central to the success of transport decarbonisation.

Missed chance to recognise the benefits of renewable fuels

In its policy approach, the Commission is placing significant emphasis on limiting vehicle technologies to only those that are labelled as “zero (tailpipe) emissions”. Such an approach is only able to measure and assess the emissions of a vehicle at the tailpipe, and not the emissions saved—or emitted—when producing its fuel or energy.

If crucial foundational market conditions align (economics, affordability, critical element supply chains, domestic manufacturing, infrastructure, low carbon electricity production, etc), “zero tailpipe” technologies can contribute strongly to reducing the carbon emissions of transport. However, the current policy proposal fails to recognise the significant risk of such a singular philosophy, and equally it fails to recognize the benefits of renewable fuels, such as biomethane, which can even be carbon-negative, depending on the feedstocks used to produce them.

Under the current Commission proposal, vehicle manufacturers (often referred to as Original Equipment Manufacturers or ‘OEMs’) will essentially only be able to fulfil their CO2 emission reduction targets through the sale of electrified vehicles, since they will have to reduce their fleet emissions by 100%, on a tailpipe basis. The problem with this proposal is that it restricts the range of possible solutions to transport’s climate footprint, limits consumer choice, and, in the event that the crucial market conditions fail, or are slow to materialise, it will be EU citizens and the climate that will bear the burden.

The necessary inclusion of a voluntary crediting system for renewable fuels

To achieve rapid and considerable GHG emission reductions from road transport, there is an urgent need for a critically missing, much-needed holistic framework, one which would also link the legal obligations applied to fuel suppliers to those applied to OEMs. In doing so, it would allow for each and every decarbonizing transport solution to play its role—for example, gas in transport with bio-CNG and bio-LNG vehicles. This would increase consumer choice, provide greater flexibility, reduce costs, and deliver CO2 reductions faster and with greater certainty.

The inclusion of a voluntary crediting system in the regulations is a well-formed solution currently on the table. Moreover, a crediting scheme, as developed by Frontier Economics and commissioned by the Natural & bio Gas Vehicle Association (NGVA Europe), together with a coalition of European associations representing the automotive, fuel and energy industries, would provide OEMs the option to voluntarily finance increasing, additional volumes of renewable, low carbon fuels which would count as corresponding emission reductions against their fleet targets.

These increased amounts of additional renewable fuels would be on top of the volumes mandated under RED II, avoiding the double counting of OEMs’ and fuel suppliers’ efforts. It would furthermore provide the necessary coordination along the value chain and thus lead to additional GHG emissions reductions by converting penalty payments without any environmental benefits into financing for renewable low carbon fuels.

Especially noteworthy is that the credits bought by OEMs so far will be linked to obligations (sustainability criteria, monitoring processes, etc.) deriving from the legislation applied to fuels suppliers, most notably the Renewable Energy Directive. This would further strengthen regulatory coherence between the obligations of fuel suppliers and OEMs, coherence that is dramatically missing in current legislation.

Conclusions, way out, and next steps:

A crediting mechanism recognising the benefits of renewable fuels such as biomethane is the right tool to ensure that the decarbonisation of road transport takes place in a rapid, technologically neutral, and cost-effective manner.

Implementing such a mechanism would help achieve a set of strategic objectives for the EU:

Now, only a few days before a crucial vote on this matter in the European Parliament, it is key to bear in mind that different combinations of fuel and technology have already been demonstrated to be effective in decarbonizing the transport sector. A viable, practical regulatory solution to fully recognize their role in the EU’s CO2 standards for road vehicles is already on the table: that is the crediting scheme for renewable fuels. This is an opportunity that should not be missed.