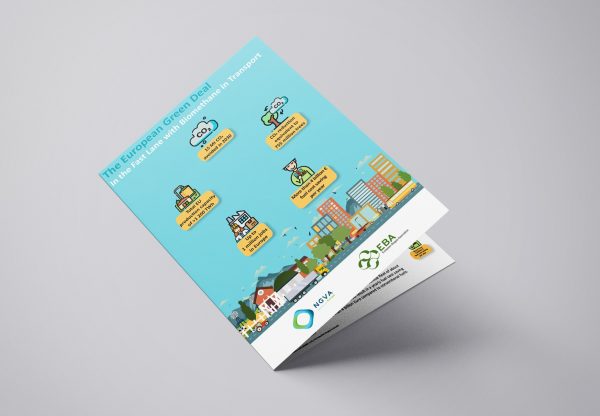 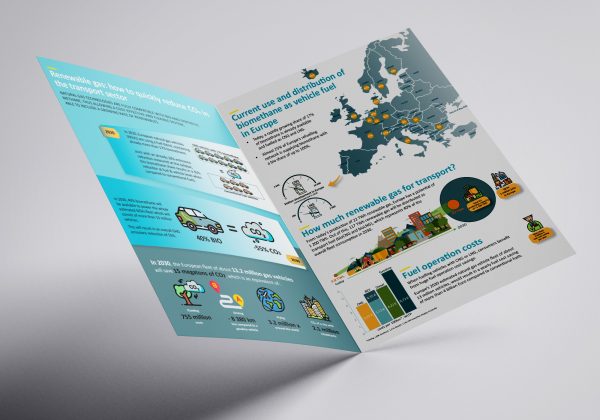 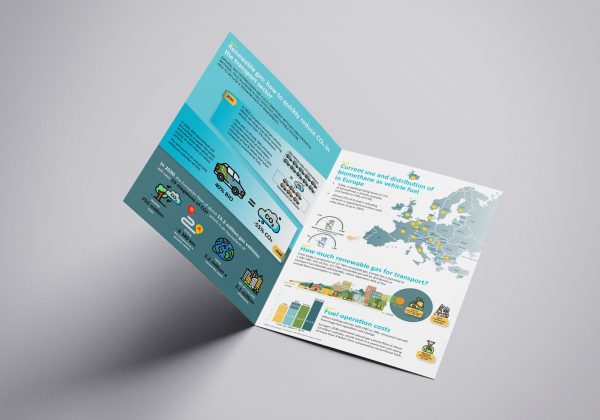 · 17% biomethane is used today to fuel natural gas vehicles (NGVs) in 25% of Europe’s refuelling network. This results in a 35% reduction of emissions when compared to conventional fuels.
· In 2030, 40% biomethane will be available to power the entire NGV fleet reducing overall GHG emissions by 55% and delivering up to 1 million jobs.
· Europe’s 2030 estimated natural gas vehicle fleet would result in a yearly fuel cost saving of more than 4.5 billion Euros.
· The local production of clean fuels helps cities deliver their share in a circular bioeconomy by reducing biowaste and air pollution.

Brussels, 15 June 2020 – Today, EBA and NGVA Europe have published a new leaflet, illustrating the current uptake of biomethane in the transport sector and its potential in the coming years.

NGVs present the highest rate of emissions reduction compared to other fuels. This potential is much higher when coupled with renewable gas. The industry is introducing increasing shares of renewable gas to decarbonise the transport sector, which represents one third of Europe’s overall CO2 emissions and is the main cause of air pollution in urban areas.

This leaflet is the continuation of a collaboration that resulted in the publication of the gmobility leaflet in 2018.

The data collected for the elaboration of this leaflet shows that today European NGVs use a fuel blend containing already more than 17% biomethane. This results in a 35% reduction at fuel & vehicle level when compared to emissions from conventional fuels.

The further deployment of biomethane will significantly reduce transport emissions in the coming years. According to estimations from EBA and NGVA Europe, 117 TWh [1] renewable gas could be distributed as transport fuel as bioCNG and bioLNG by 2030. This represents 40% of the overall fuel consumption of the NGVs fleet, estimated at more than 13 million vehicles in 2030.

A higher uptake of bioCNG and bioLNG in the sector will result in an overall GHG emissions reduction of 55%. Up to 1 million jobs will be created to guarantee the scale-up of biomethane in the coming decades [2].

The use of increasing shares of renewable fuels in transport needs to be coupled by the development of new CNG and LNG stations and vehicles, which are fully compatible with their renewable equivalent (bio-CNG and bio-LNG).

Today, almost 25% of Europe’s refuelling network is supplying biomethane [3]. This fast-growing fuelling station network counts now on 3,840 CNG fuelling stations and 280 LNG units. But an even faster development of the network is needed to meet the current estimations for 2030, which would lead to 10,000 and 2,000 stations, respectively.

Earlier this year, EBA and NGVA Europe, together with the European Automobile Manufacturers Association (ACEA), launched a joint call to accelerate the deployment of refuelling infrastructure in Europe.

The local production of clean fuels helps cities deliver their share in the transition towards a circular bioeconomy. By re-using biowaste to produce renewable energy for local transport, cities can significantly reduce emissions and air pollution.

A city like Brussels, with 1.2 million inhabitants, produces about 210 kt of biowaste per year which can be used to produce 14 kt of renewable gas. If distributed to road transport as 40% blend, this would avoid the release of 85 kt of CO2 into the atmosphere.

“The EU has set a goal to reduce transport emissions by 60% up to 2050 compared to 1990 levels. All technologies will need to play a role in the transition to carbon-neutrality, especially in the transport sector. The promotion of electric vehicles and related infrastructure is crucial, but we already know this will not be enough to reach that goal in a fast and cost-effective way. As this document shows, the deployment of bio-CNG and bio-LNG is already a reality. These fuels have very low well-to-wheel emissions leading to a high decarbonisation potential and their production stimulates the development of sustainable and healthy cities.” – Susanna Pflüger, EBA Secretary General

“This brochure illustrates that with gas in transport, we can achieve the goal of the European Green Deal in a very reliable and cost-effective way already today. Both infrastructure, vehicle technology, and renewable gas production is ready to be used, resulting in sustainable economic growth for the benefit of European citizens. The European institutions must recognize these facts when laying out legislation surrounding the European Green Deal.” – Andrea Gerini, NGVA Europe Secretary General