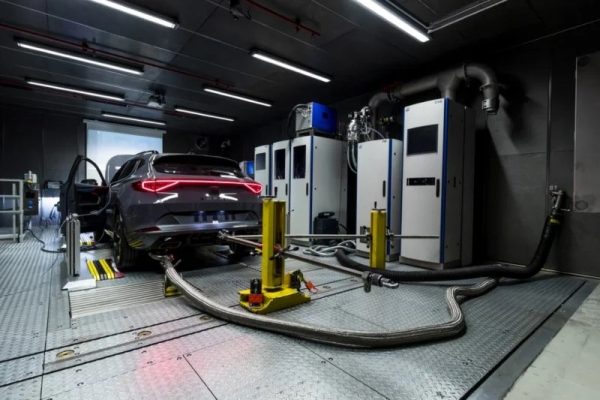 Article/interview: ‘”I like to swim against the stream”- why VW’s former gas drive guru is now drumming for biomethane instead of e-cars’

Jens Andersen has spent most of his professional life at VW. The man, born in Lübeck was, among other things, in charge of drive strategy development for the Volkswagen brand, was a member of the product strategy decision-making body at Executive Board level and, from 2016 to 2018, as head of technology strategy and management, also the group representative for natural gas mobility.

After leaving VW, Andersen worked as a lecturer at the Ostfalia University of Applied Sciences. The 58-year-old is now the managing director of the Natural & Bio Gas Vehicle Association (NGVA Europe) based in Brussels, Belgium. In an interview with Business Insider, the engineer sheds light on the CO2 balance of biomethane and dispels common prejudices against the use of energy obtained from straw or even slurry to power vehicles.

Business Insider: Dr. Andersen, the EU wants to ban new cars with diesel and gasoline engines from 2035. The gas methane is also a fossil fuel. Why is the NGVA still campaigning for this alternative energy source?

Jens Andersen: Diesel and gasoline contain a large proportion of cyclic hydrocarbons, so-called aromatics. On the one hand, the latter are hazardous to health, and on the other hand, when they are burned, hazardous by-products arise that can enter the bloodstream through respiration and cause cancer. Methane as the simplest hydrocarbon, on the other hand, burns around a factor of 100 cleaner than gasoline or diesel and does not contain any aromatic compounds. In addition, the CO2 emissions when using fossil methane per se are around 20 to 25 percent lower than with gasoline or diesel.

The use of methane in cars and trucks can only make a limited contribution to decarbonisation and climate neutrality, as the EU wants to achieve by 2050.

Mistake. Over the next few decades, fossil methane will be replaced piece by piece by gases produced from renewable sources. The proportion of methane produced from renewable sources for road traffic is already around 17 percent across Europe. In some European countries it has even been possible to almost completely replace fossil methane with biomethane. As a result, the CO2 emissions are reduced proportionally to the proportion of biomethane in the fuel. With the aforementioned average share of 17 percent in Europe, every vehicle that runs on methane is already better in terms of its CO2 emissions than any comparable vehicle that runs on petrol or diesel.

However, if biomethane is produced from waste and manure, we can even achieve negative greenhouse gas emissions. And it is precisely these that are urgently needed in order not to endanger the eminently important 1.5 degree target by the year 2100.

Biomethane, however, is obtained from energy crops and could therefore compete with the production of food.

No. Already today, biomethane produced for the transport sector is largely made from waste from agricultural production and in some cases even from pure liquid manure. What many do not know: biomethane is one of the so-called second-generation biofuels. These are made exclusively from agricultural residues, for example straw, and are not in competition with food production.

The opposite is the case: instead of letting straw rot in the fields or dumping liquid manure in the fields, which unfortunately causes considerable methane emissions into the atmosphere, the residues are fermented by microorganisms and methane is produced from them. The solid residues can later even be used as fertilizer for the fields. All of this makes an excellent example of the ecological circular economy that we need.

Are the available quantities of biomethane even sufficient to make a significant contribution to decarbonization?

Yes. In Germany, for example, there is enough waste available to decarbonise at least 75 percent of all heavy goods traffic using biomethane from waste - I consider a complete substitution of diesel fuel to be feasible, assuming supporting legislative frameworks. To achieve the European CO2 target of minus 55 percent compared to 1990 in 2030, around 13 million vehicles in Europe could be operated with 40 percent biomethane from sustainable production. In this respect, this part of the transport sector is already “fit for 55”.

And yet an electric car is generally considered to be much better, “greener” in terms of its carbon footprint.

Is methane as a fuel only a temporary solution, a bridging technology - as is also represented by hybrid cars, for example?

The declared goal of the European Union is to build up a hydrogen economy over the next few decades. Methane as a gaseous energy carrier prepares the development of this hydrogen economy, because there are already extremely interesting synergies with hydrogen components with many methane-specific high-tech components. And in a large-scale industrial value creation process, real treasures can be found there.

The bottom line, however, is that the use of methane in the transport sector remains tied to the combustion engine, which the EU intends to replace in the future.

The development potential of the internal combustion engine, especially with regard to the use of methane, has not yet been realized. Through various technical modifications and clever hybridization, significant increases in efficiency can be achieved. In principle, however, methane can also be converted into electricity directly in a suitable fuel cell, as soon as the technology in this area is ready for large and affordable series.

Dr Andersen, thank you for talking to us.

This article was published at businessinsider.de on 15 July 2021