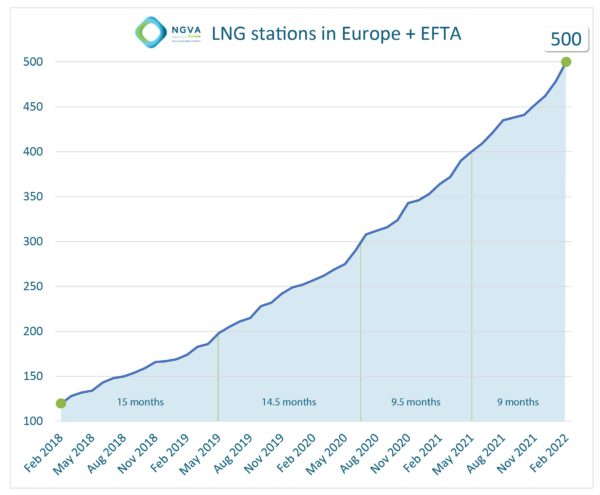 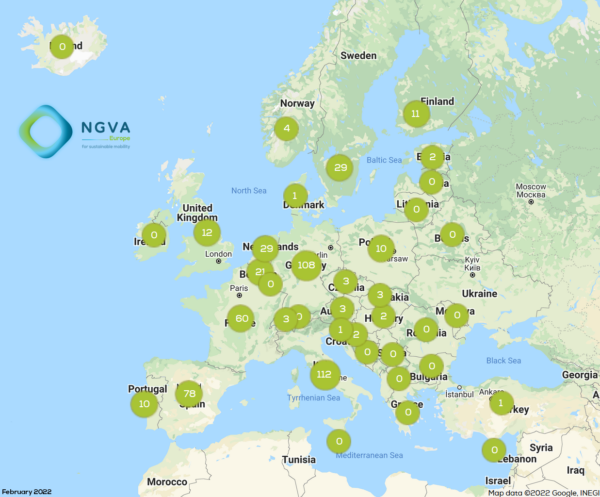 Brussels, 9 February 2022 – Today, we have reached the milestone of 500 LNG stations in Europe.

This number was reached on the publicly available station map of the Natural & bio Gas Vehicle Association (NGVA Europe) and includes data of the EFTA countries.

While growing exponentially, the size of this fuelling network doubled within only 2 years.

LNG is an acronym that serves as shorthand for Liquified Natural Gas. It is used primarily for heavy-duty vehicles and in the maritime sector. 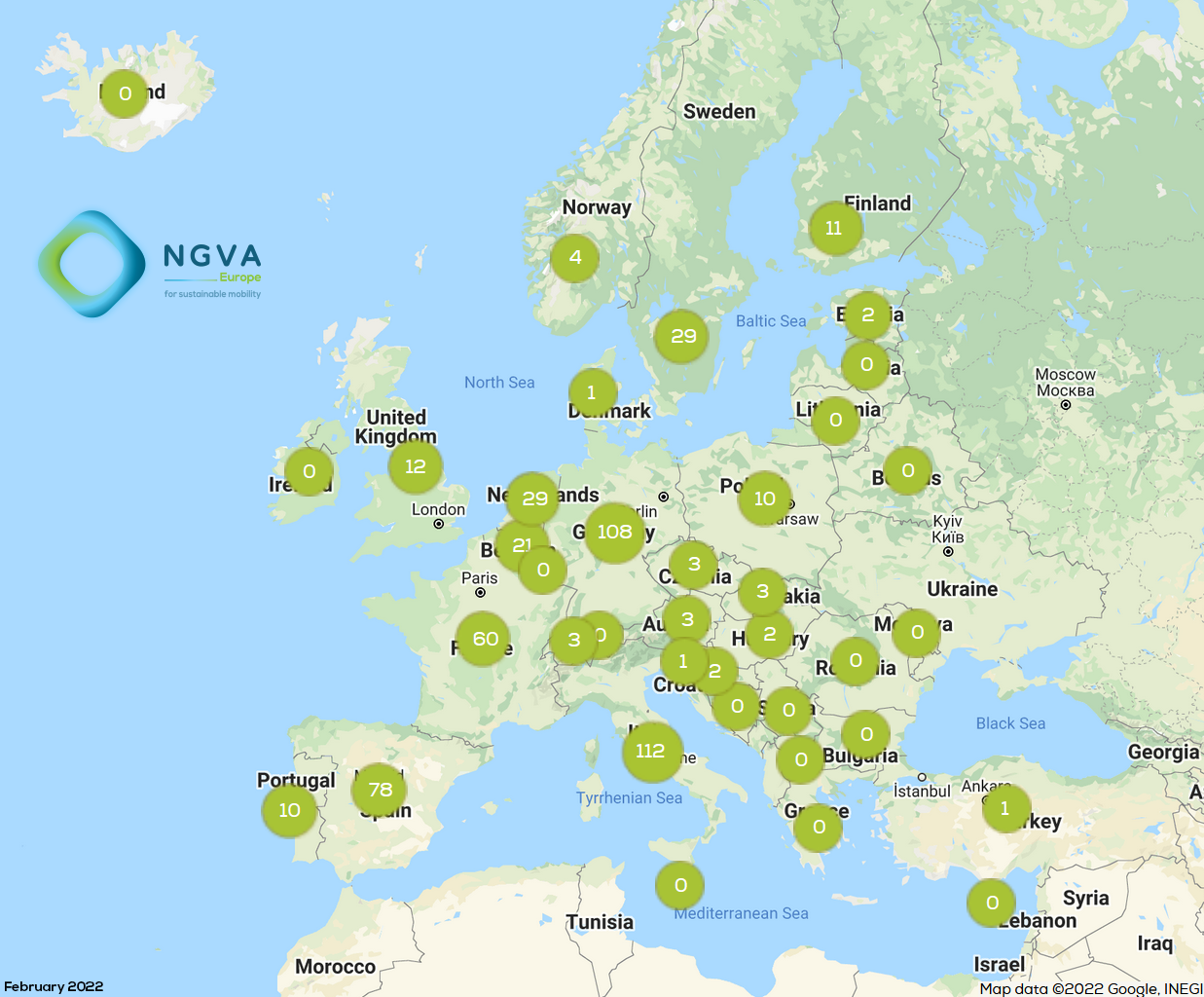 This huge gain is reflected in equivalent LNG vehicle registration numbers which are expected to be released this spring.

“We are proud to have reached this important milestone of 500 LNG stations in Europe. It is the proof that LNG as a vehicle fuel is both widely accepted, and also available.

An exponentially growing amount of consumers are choosing LNG as a future proof transport fuel for which vehicles are largely available, affordable, and most importantly, potent enablers of a drastic reduction in GHG emissions.

This is because the ‘N’ in LNG could be easily replaced with ‘R’ as there has been an increasing share of ‘R’enewable gas in its fuel mix – bio-LNG.

Therefore, upcoming legislation must establish a much-needed holistic and technologically neutral framework to i) account for the contribution of renewable and low-carbon fuels when assessing overall emissions of a vehicle, and ii) keep supporting the further deployment of LNG refuelling infrastructure across the EU which is needed for increasing the uptake of bio-LNG.”

To learn and discuss everything surrounding LNG and gas in transport in general, register for our 22 February webinar ‘Giving Credit where Credit is due'.